Tofino is a beautiful end of the road town located on the tip of the Esowista Peninsula, on the edge of Clayoquot Sound. Once reliant on fishing and logging, Tofino has moved from an industrial past to a modern economy based mainly on tourism.

The town of Tofino was originally located on Stubbs (or Clayoquot) Island, where the first hotel and post office were located. The town site was moved to its current location in the early 20th century and incorporated in 1932. A military base and airport were built near Long Beach during the Second World War, and the airport still services the area. It wasn’t until 1959 that a paved road connecting the west coast to Port Alberni was opened. Though the road brought many visitors to the area (and to camp on Long Beach back in the day!), it wasn’t until the establishment of Pacific Rim National Park Reserve in 1971 that tourism started to pick up.

In the late 1980s and early 1990s, several logging protests took place in and around Tofino, including the infamous Clayoquot Sound blockade of 1993. The important effects of these protests on preserving the wilderness area of Tofino cannot be discounted. In 2000, the Clayoquot UENSCO Biosphere Reserve was officially designated. A trust was established and is managed today to bring educational and research programs to the area.

The area where Tofino is located is the traditional territory of the Tla-o-qui-aht First Nation, and their villages are located across the harbour at Opisat and near Long Beach at Ty-histannis and Esowista.

Now home to just under 2,000 year-round residents, the internationally known destination of Tofino swells to around 20,000 during the high season.

Tofino is located on the west coast of Vancouver Island, and is accessible by car by travelling west along Highway #4 and north on the Pacific Rim Highway. It is located approximately three hours from Nanaimo where vehicle connection can be made via BC Ferries at the Departure Bay and Duke Point BC Ferry Terminals. Tofino is located roughly five hours driving distance from Victoria. Victoria is connected to the mainland of BC through the Swartz Bay BC Ferry Terminal (located in Sidney), and to Washington State via The Clipper Ferry (passenger service to and from Seattle), Black Ball Ferry Line (vehicle and passenger service to and from Port Angeles), and the Washington State Ferry (seasonal vehicle and passenger service between Anacortes and the San Juan Islands and the Sidney ferry terminal).

Tofino is also accessible by air from Vancouver, Victoria and Seattle via the Long Beach Airport.

The Comox Valley Airport is approximately three hours driving time from Tofino via Highway #19, Highway #4 and the Pacific Rim Highway.

Explore the rich life and culture of the bewildering town of Tofino. Although, before going here, you have to make sure that you can handle all the wonders that Tofino can offer as you might not want to leave the town.

Tofino is known for being surrounded by refreshing ocean waters on its three sides that serve as the gray whales and sea lions' home. Since the place is bordered by water, the only way to go here is by boat. So, be sure to bring medicine for seasickness if you get seasick when riding a boat.

Once you reach the land of Tofino, the lively green forest will greet you with a wide smile. If you're lucky, you'll hear the resounding roars of exotic wildlife like bears, cougars, and wolves.

Wildlife is only a part of the rich life of the West Coast town as it's also a place with 2,000 friendly inhabitants. In summer, Tofino caters to around 20, 000 tourists every year, which can make your stay as lively as the sound of the excited sea lions.

The Pride of Tofino

Aside from Tofino's picturesque ocean and wondrous nature, there is more to discover in this small seaside town. Tofino, BC proudly offers awe-inspiring tourist spots, fun activities, beautiful people of the town, and peace of mind.

If you love the cold breeze of air and the pouring rain, this place is for you. Since the west coast town is in the middle of a rainforest, expect lots of rain. It rains a lot in Tofino, which makes the surroundings cool and fresh. Although it's always rainy in the place, the people love the weather as they can do fun activities like surfing.

Strong winds and heavy rains do not anger the people of Tofino but rather excites them because it's time for big waves! Once the big waves are out, surfers are swarming in the freezing water to proudly show their surfing skills. This is a perfect place for surfers who want to get the most out of Tofino since its title as one of the world's 20 best surf towns.

You don't have to worry if you're still learning to surf. The water of Tofino is also welcoming for those who are still working on their surfing skills. Most beaches in town also offer surf lessons which you can take to enjoy the waves.

If you just want to relax and feel the calming sound of the waves, you can take a long walk on Tofino's Long Beach. Enjoy the awe-inspiring beauty of the beach.

You can never have a boring day in this West Coast town of Tofino as the place offers lots of recreational activities. It's the right place to unleash your adventurer soul. If you want to have fun in the water, kayaking, fishing, whale watching, and other water activities are all accessible.

In the upper part of the forest, you can discover hidden coves and awe-inspiring views through hiking. You can find the perfect spot for sightseeing and camping. You can also have a chance to see the bears of Tofino.

As you experience the activities and go to places in Tofino, you'll definitely feel a close connection with nature which is really calming. The swooshing of the leaves blown by the cold wind and the refreshing sight of the clear blue ocean will make you stay in the place for a while.

There’s no such thing as a stupid question. Let’s try to give you some smart answers about Tofino.

How to get from Vancouver to Tofino?

How far is Tofino from Victoria?

By road, it takes approximately 4 ½ hours to travel the 317km (197 mile) from VIctoria up to Tofino. The best route is via Trans-Canada Hwy/BC-1 N and BC-4 W. There is often construction on the route along BC-4: expect delays. Likewise, there are road repairs underway along the Malahat and other parts of the route.

How far is Tofino from Nanaimo?

By road, it takes approximately 3 hours to travel the 207km (128 mile) from VIctoria up to Tofino. The best route is via Trans-Canada Hwy/BC-1 N and BC-4 W. (Try to stop at Coombs on the way!) Expect road work delays along BC-4.

Which ferry to Tofino?

There is no direct ferry to Tofino, but lots of ferries bring vehicles and passengers to Vancouver Island. Two ferry routes, Tsawassen and Horseshoe Bay serve Nanaimo.  Tsawassen also connects with Swartz Bay in Sidney BC. The Blackball ferry runs from Port Angeles Washington to downtown Victoria. The Washington State ferry runs from Washiington state to Sidney BC. Once on the island, travelers can then head to Tofino by Highway 1 and BC-4.

Yes. Do check for specific warnings about the conditions of the beaches, but they usually open rain or shine. 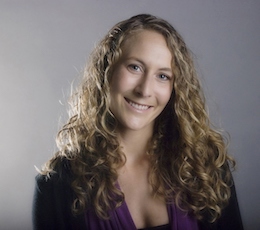